I have a denim skirt that I really like.  I bought it from one of the many charity shops in my local town about 8 years ago, may be more, and it was originally from Monsoon. I got it fo £4 - bargin! Because I have had it for so long it is looking a little the worse for wear. 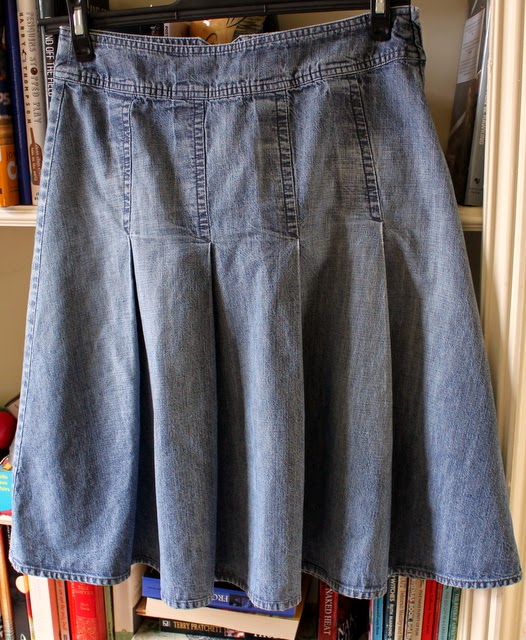 The last project I did at my pattern cutting class was to make a pattern of this skirt so that I could make a copy. My teacher had me find the middle of my skirt, draw a straight line to act as the central line/grainline and then do lots of measuring.  I measured the distance from each pleat to the line and  the depth of each pleat for the top and the bottom of the skirt. I added seam allowances and a hem and did a 'rub-off' copy of the waistband.

It sounds quite quick, but it took foreveerrrhhh and the old adage of measure twice cut once is oh so true.  I found that I am pretty incapable of measuring things accurately the first time round. To make sure the pattern would work I pleated the pattern up as if it were the skirt and thought it would do.

The fabric the I wanted to use was the off cut from my polka dot Anna dress. I knew that there wasn't quite enough fabric to get the right length so I used some linen from my stash to add a band of solid colour  at the bottom and waistband. (I made a skirt from the same linen 11 years ago - I am pretty sure it was upholstery linen from Ikea. It will fade over time because the old skirt was a completely different colour from the original by the time I chucked it out last year. Any hints on how to make it colour fast are welcome).

The first time I wore my Anna dress, one of my girls pointed out that it was see through, just as I was leaving the house to go to a meet-up, so by the time I made this I knew I was going to need to line it.

To make the lining pattern, I folded out some of the pleats and then drew around the resulting shape adding on seam allowances. 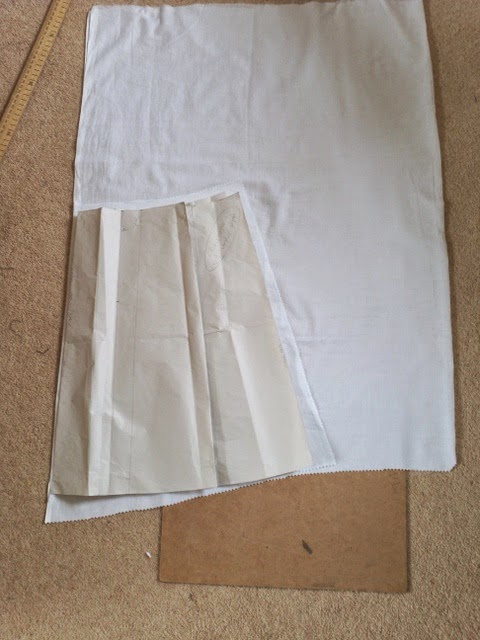 As you can see I had already put on the waistband at this point, and (in the second photo below) had to reduce the height of the waistband. Because I hadn't folded out all the pleats I roughly pleated the lining to fit. 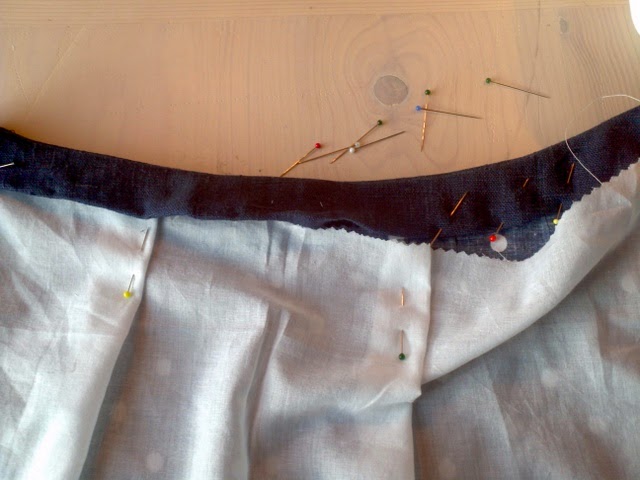 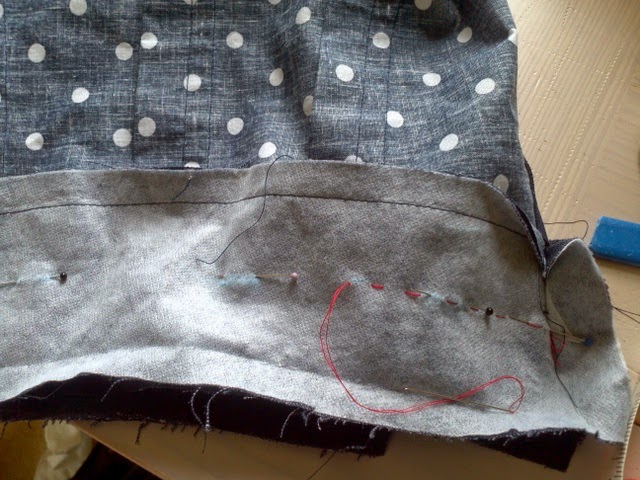 Before I reduced the height of the waist band, there was a moment where I thought the skirt was going to be a disaster. I had tried it on and the fit was terrible - it was really uncomfortable and the waistband was digging into my ribs. I put it to one side whilst I worked out what to do. I was vastly over thinking the problem and ended up just halving the waistband height. 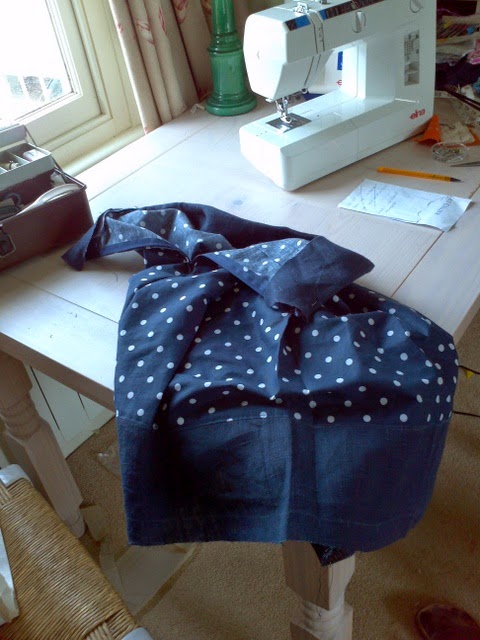 Once I had fixed the waist band, I hemmed the skirt. I wanted quite a wide band at the bottom of the skirt so did a 2cm hem, but when I tried on the skirt and started to take photos of it I felt that maybe it would look a little less frumpy/mumsy if it were a little shorter.  I then turned it up probably another 2 cms and pinned it, then took some more photos.   I did this at the end of May hence the slight vagueness.


I was undecided and so it is currently unfinished, awaiting a decision on the length.

Meanwhile I have been sewing lots of tops for the summer.... post/s to come. You can see one in these photos.

I think overall it has worked out ok. It doesn't fit as well as it could, it is still a bit tight and the waist is still a bit high but I think that could be easy fixed in a future version. I really just wanted to see if I could make a pattern from a piece of clothing without taking the orginal apart, and I can, kinda...