The second top in my Summer of Stripes is a direct copy of one of my rtw tops. Again I have had it for some time and either I have got bigger, the top has shrunk, or a combination of the two, but it didn't seem to fit as well as it could when I last put it on. I loved this top, but it never really felt quite right on - I felt I had to tweak it regularly when wearing it.
Rather than try to wrestle with the finished top to get a pattern, I actually decided to cut this up to get the pattern. This was interesting - when I laid out the pieces to cut my fabric, it was quite clear that the original had been cut inaccurately. Quite noticabley in fact - the back was not symmetrical and the two front pieces were different shapes. All of which might explain why never felt like it fitted properly!

I laid it all out and made sure that everything was cut out to include enough fabric to make it a bit bigger and to include seam allowances. You will recognise the fabric as the same stuff my previous top was made of (and I still have enough to do a Kirsten Kimono T hack or a skirt for a child)

This top has two front pieces cut on the diagonal so that there is a chevron effect and a cut out section with a hoop thingumy in it. I pinned, basted and sewed the front pieces very carefully so that the chevron matched perfectly 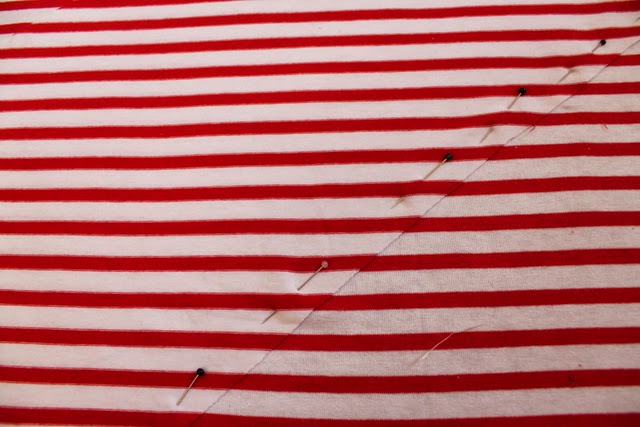 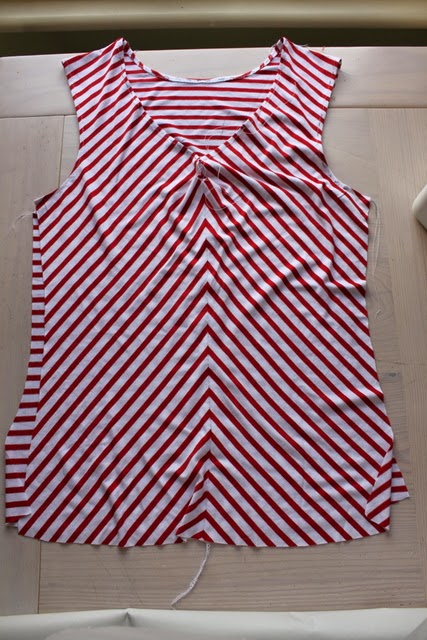 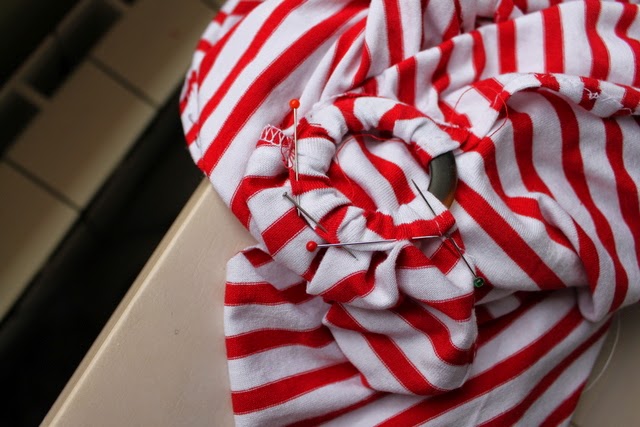 The back was cut on the straight grain with the stripes going horizontally. I turned and stitched the neckline, armholes and hem, although the original just had overlocked edges. The original also had a mostly decorative halter necktie thing. To copy that I cut a strip a few stripes wide and sewed it right sides together, then turned the right side out with the aid of a safety pin. I have made it a bit long and have yet to cut the ends to the correct length.

Despite my careful cutting out the finished item is as tight (or tighter than) the original. I am pretty sure that I will wear it, but may be just around the house 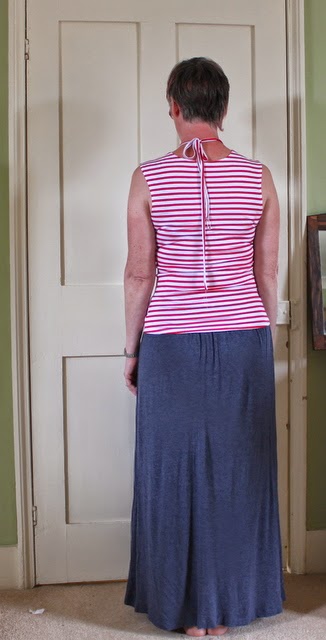 Very pleased with the cherons and hoop at the front. Not quite so chuffed with the skintight nature of the top! 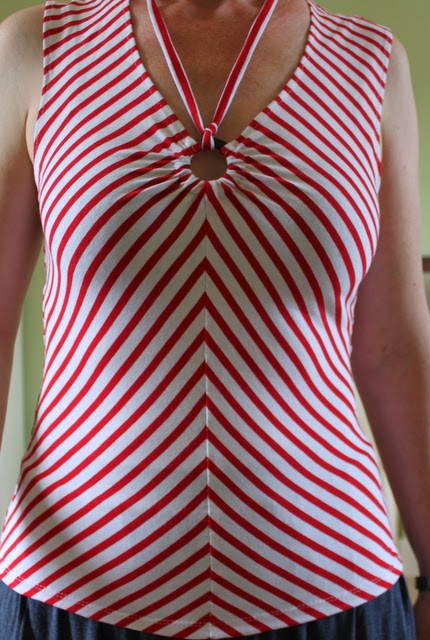 And finally, a pose in honour of Rachel (House of Pinheiro)! 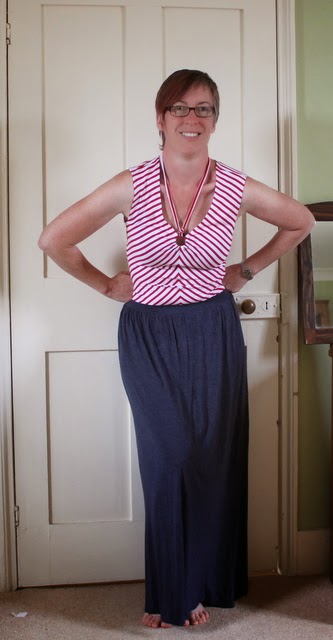