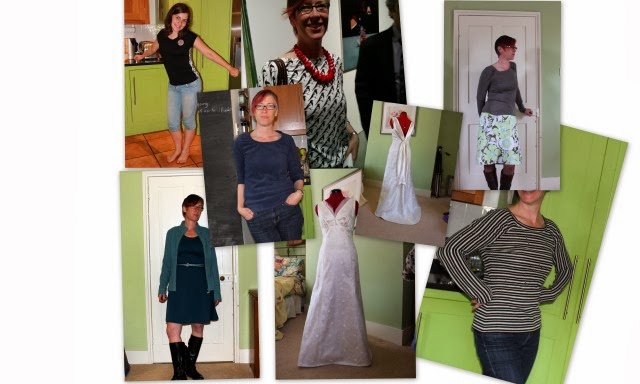 I had thought I would do a round up post along the lines of  Gillian's Top 5 of 2013, however I don't feel I have done enough sewing this year to warrant a round up like that. 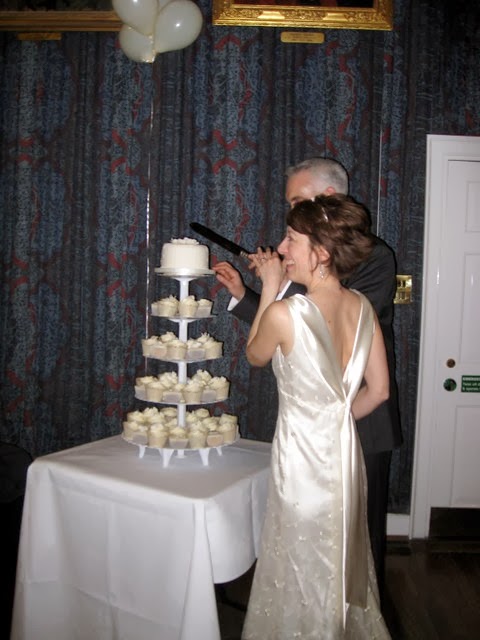 I do think I made the most impressive thing I have ever sewn, this year - my sisters wedding dress. I used some new techniques and fabrics I haven't used before. I also made my bridesmaid dress - see below - and cut and prepped the bridesmaid dresses for for my two eldest girls.  The dresses themselves were made by my mother-in-law.

My sewing and blog have suffered through 2013 due to other responsibilities, the biggest of which was being chair of our local PTA. I had no idea how all consuming it would be and was pretty stressed towards the end of the summer.  Having handed over responsibility in the autumn term, my sewing has picked up, but the old blogging mojo hasn't. I have much rather got on and done the sewing than sitting around writing about it, but have also done my fair share of sitting around reading about other peoples sewing!

I still have a number of items to blog about, which I was going do put in this post, but having drafted it, it seem too long so I'll post that in the next day or so.

And on to the giveaway: 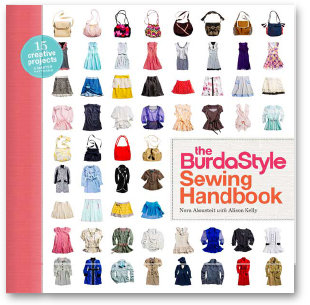 Christmas 2012, Husband bought me a a copy of the Burdastyle Sewing Handbook, not realising that I already had a copy.  We both kind of forgot about it and I found it again last autumn. I thought I would be good for a giveaway and after blogging sporadically for coming up to four years, I realised that I was nearing 100 posts.

This is my 100th post so my giveaway is... my untouched, still in the original packaging from Amazon, copy of the above book. I will post anywhere and the closing date will be 2 weeks from today. Just comment below, say hello,  and I will pick a name out of a hat - good luck!