Happy New Year to everyone. I am probably not going to do a review of last year as the latter half was not much fun. I have lots of catching up still to do with blogging my makes, so here are a couple of skirts for Eldest.

Skirt one was started (as in she cut it out) by Eldest two summers ago, I think, in a heavy denim from my Mother-in-law. It was finished by me towards the end of the summer 2014. We used Burda 9562 view A, which does not seem to be available anymore. 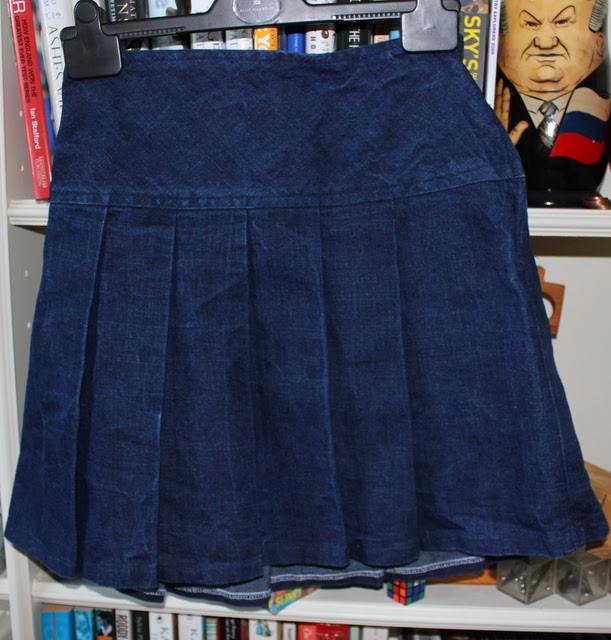 It was very short so I added at least 5 cm to the length before we cut it out and it is still a bit short! We used age 15 to ensure it would fit her as she is quite curvy, however her shape is still changing plus she prefers to wear things on her waist rather than below, so I ended up putting elastic in the back of the yoke at the waist. 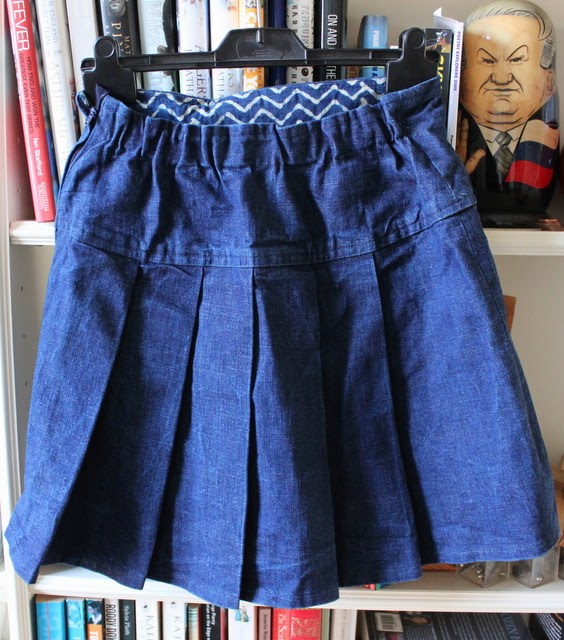 This pattern is designed to sit just below the natural waist, but with Eldest prefering to wear it on her waist, it makes it shorter than planned when worn!


Skirt two was inspired by this skirt in the window of J Crew: 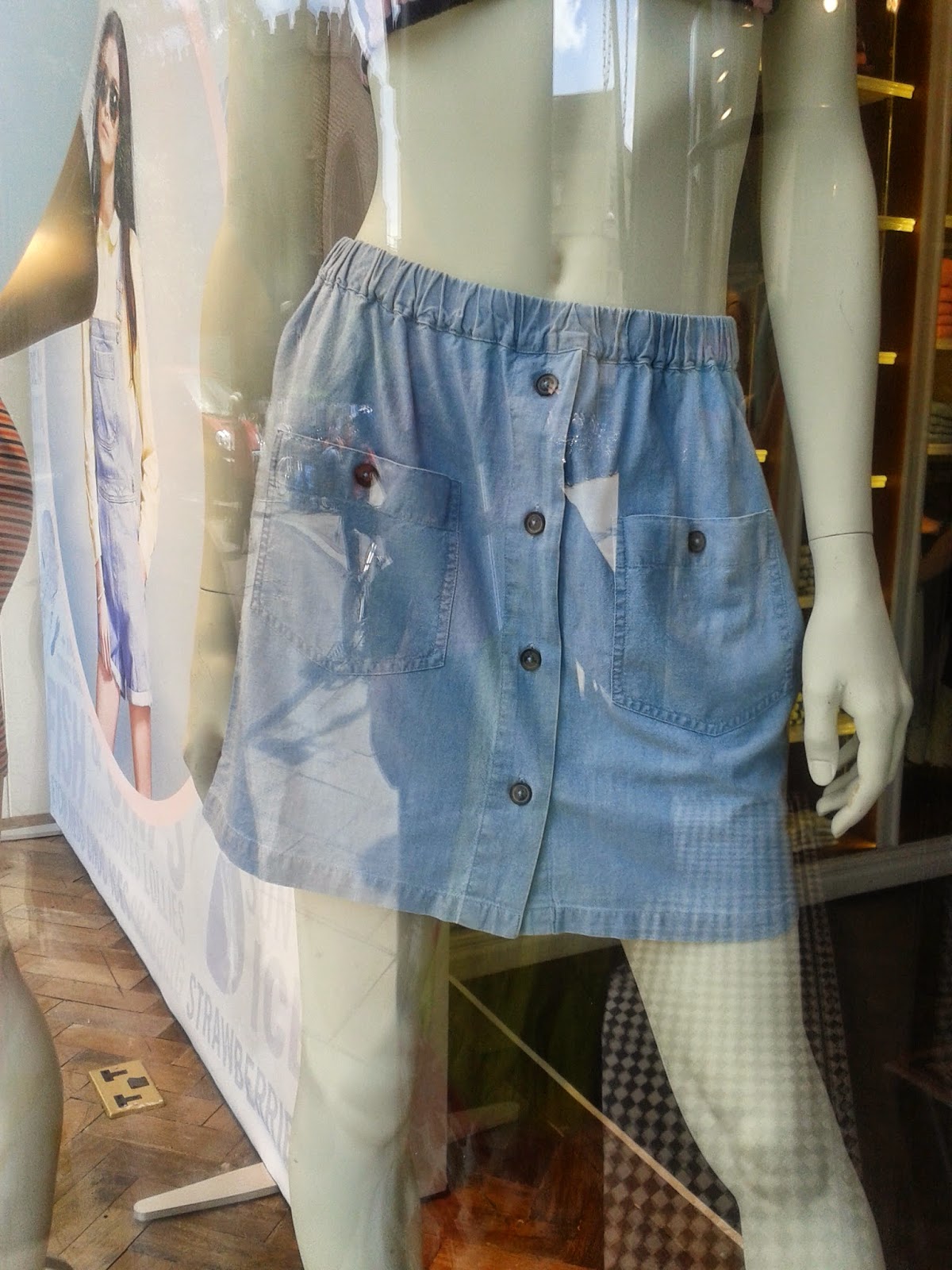 and this skirt in Johnnie B, the Boden teen section:

I could see that it was a pretty simple design and that I could 'knock something up' pretty quickly.  I bought some chambray from a local shop. I think it was 4.95 or maybe £7 (I can't quite remember) a metre and nice quality. I loosely used this chart for sizing and this tutorial for making skirt - which I think has probably made the skirt too poofy for Eldest. I thought for a future skirt it may be better to have a plain front to the skirt with any gathering just in the back.  I intially hemmed the skirt to be 22" at the back and 21" in the front (her curvy bottom lifts skirts slightly and makes the hem uneven). This was not a flattering length, so I shortened  it by 2" all round. 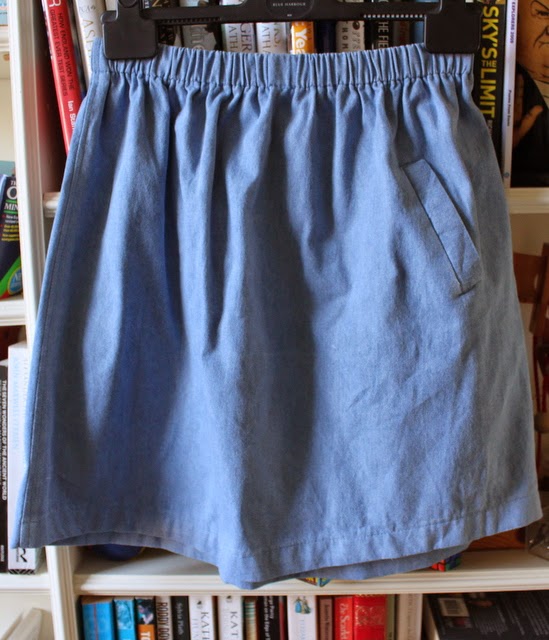 I also put a welt pocket on the front.  It is not brilliant but it looks ok and fits her phone. I only did one as I made it up as I went long really, and didn't fancy trying to do a second one and getting the placement wonky! 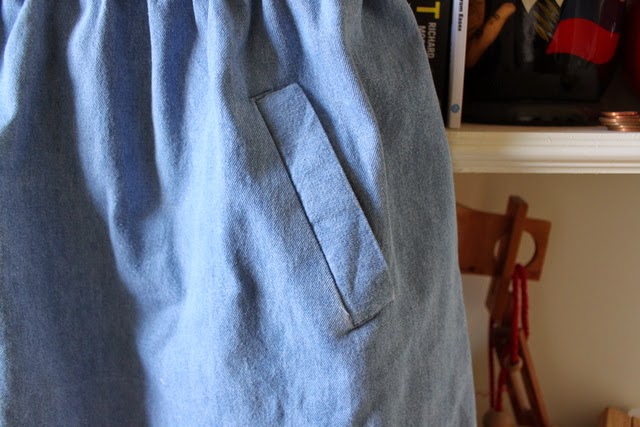 She seems pretty happy with them both and has worn them, but I only have pictures of her curled up in a chair in the 2nd skirt and you can't actually see much of the skirt!

I have just realised that this ties in with my previous post of using RTW for inspiration!
Posted by Tamsin at 11:42 1 comment: