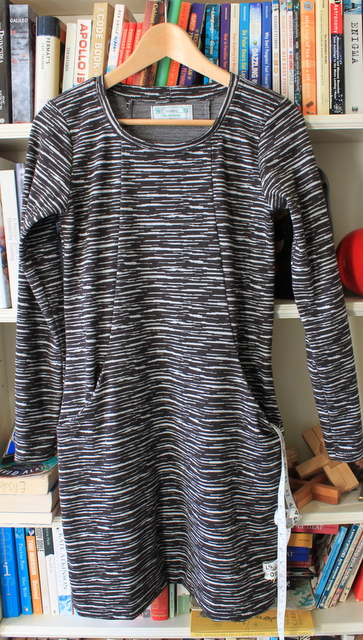 So, the Sew Over It Heather dress has been all over the Internet recently. I believe that it was initially only available if you took a class at Sew Over It, but it was released as a pdf pattern in the autumn of 2016. 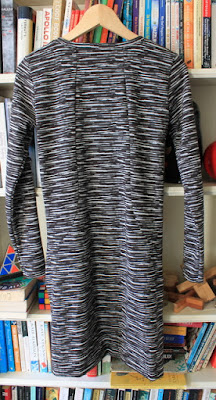 I have been looking at it off and on as it is very similar to a rtw dress that I bought from Cos a couple of years ago. 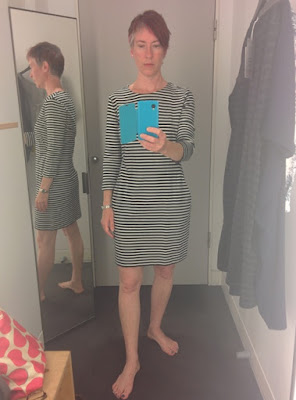 The Cos dress is still fine and I wear it alot, but it seems to shrink in length when I wash it and it seems considerably shorter than when I bought it. I had considered taking a pattern from the Cos dress, but the Heather dress is close enough  in style for the time being.

The fabric I wanted to use is a double knit and has been in my stash for a year, from MRosenberg/Stitch Fabrics at their Trumpington fabric sale. When I laid it out I realised that there is quite an obvious white stripe going vertically down the fabric, but also that the horizontal pattern had quite an obvious repeat.  I decided to cut on the single layer so that I could see the stripes and I could actually fit the pattern pieces on better than if I had tried to cut on the fold. I think I spent the best part of a day trying to work out the stripes vs layout conundrum in the end. Portia from  Makery suggested just sewing a swatch together to see what it looked like unmatched: 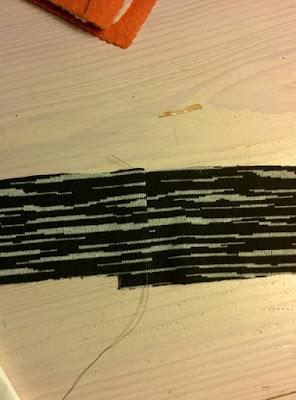 I decided that it was good enough and started cutting!

For an easy sew, this took me a while. I made the size (10) I thought I would be comfortable with from the finished garment measurements, but I lengthen the torso by 5cm (2") just above where the pockets started. I copied @jenheartssewing on Instagram (you should look at her makes, she has some lovely stuff!) by doing this. I am not as tall as her, but have a reasonably long torso and didn't want the pockets starting just under my boobs!  When I tried it on, I found quite a lot of excess fabric in the waist area at the back 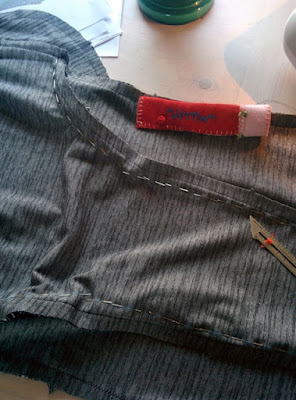 As you can see in the picture above I ended up taking the back seams in by about 1.5cms on each side. I also took about 3cm off each of the side seams at the hip, in several goes. This does mean that the back and front seams don't quite meet up on the side seam, but it is really not noticeable in this fabric. I found that the side seam where the pockets and panel seam meet is very bulky and I have had trouble getting the seam to lie flat when I am wearing it.

The pockets are fab and I can't keep my hands out of them! The construction of the pockets could seem a little tricky, but having done similar pockets in my Lisette Portfolio dress years ago and in Youngest's Sunki Tunic dresses, they were a piece of cake. It was much easier to put these in with a stretch fabric than in stiff denim! 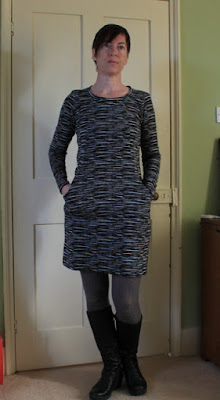 I had a little trouble with the neckband this time... it was too loose the first time I put it on, so I trimmed it down by 10% and that seemed to work. 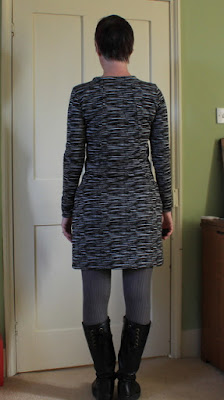 By the time I got to hemming it I was getting a little fed up with the whole thing, I just turned up 5 or 6 cms and hand stitched it - couldn't be bothered with wrestling with my machines! I left it hanging in one of my photo spots for at least a week before I felt I could wear it, and then wore it about four times in one week! I can safely say that I love it now!

This is the first time I have made a Sew Over It pattern.  The pdf was easy to put together and not too big, but I was quite surprised that there weren't any lengthen/shorten lines on the pattern. I am wondering how I can alter the pattern a bit to accommodate the alterations I made. I think I may start with cutting a smaller size and see how that goes, or may be take a sliver out of the centre front and back... 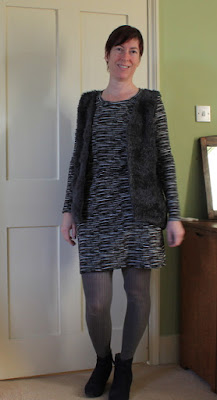 I could easily wear dresses like this all the time, even though I usually tend towards jeans and me-made tops. I have some more fabric that I picked up from MRosenberg at the Knitting and Stitching Show, which would be ideal, but I was thinking of trying the Made it Patterns Drop Dress with it too - decisions, decisions!