Some time ago Youngest asked me to make her something and after a bit of research I decided on the Sunki Dress by Figgy's.

When I had first looked at it ( about a year ago) it was only available up to the age/size 8/9. When I was clicking around the internets in the run up to Christmas I found that tween /teen sizes had been added and the sizing now goes up to age 16(XL). I decided to purchase this larger sizing, just in case one of my older girls fancied it. I took Youngest measurements and she fell in the 'small' size.  At the same time the eldest daughter of my friend was coming up to her 10th birthday. Having made a couple of things for her younger sister I thought I would make her something too. Her measurements were roughly the same as my Youngest so I decided to make them both the same dress in same size.

Youngest had requested denim with a contrast panel - she chose a turquoise and white polka dot cotton that I bought ages ago just because I liked it. 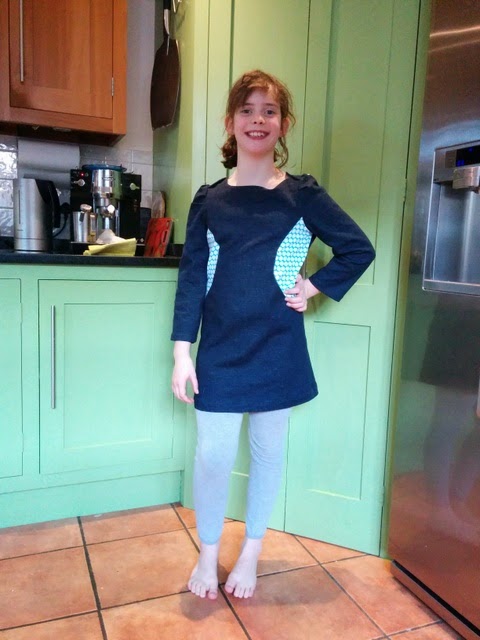 I thought navy corduroy with a contrast would be nice for my friends daughter - I used scraps left over from my Polly top for the contrast panel. 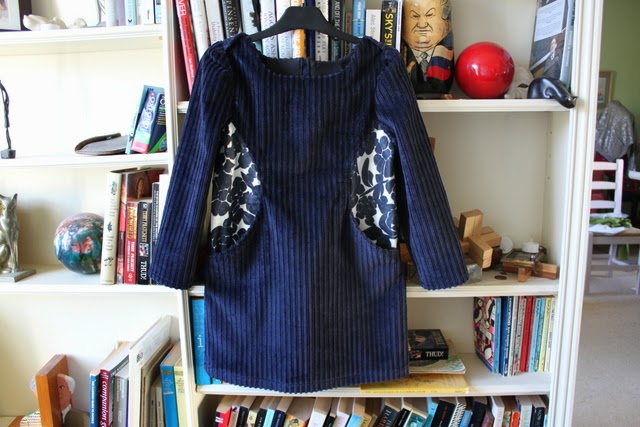 I made them in tandem - sewing each step on both dresses before moving on. I didn't need to change out the threads on my machines as the main colour for both is navy which made life a bit easier. The style is a straight tunic with shaped panels at the side which also form pockets. 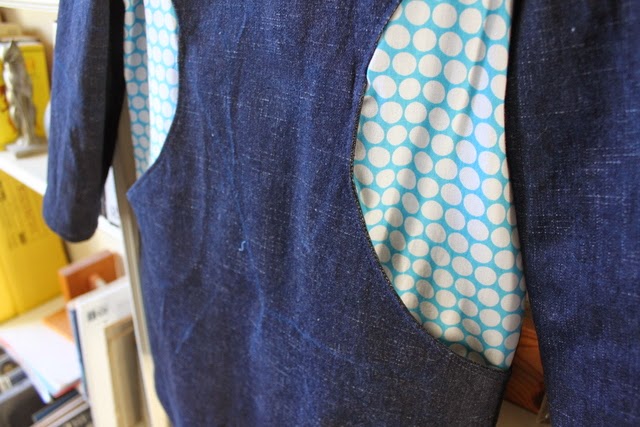 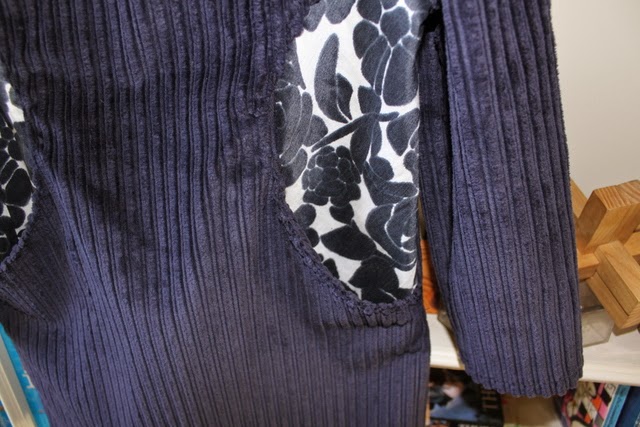 The shoulder seam has a pretty overlap detail and the sleeves have pleating at the sleeve head. 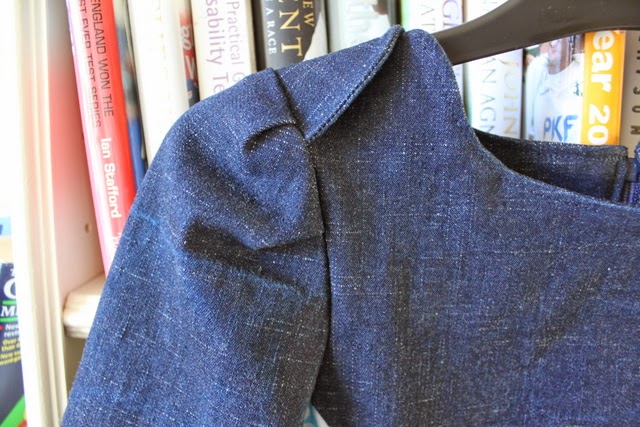 The style is similar to the Lisette Portfolio dress that I made a few years ago, including the style of pocket. Sewing the pocket was the trickiest bit even though I had done similar on the Portfolio dress and I was following the online tutorial provided on the Figgy's website. I think it worked out OK, there isn't too much puckering at the pocket seams. The corduroy was much easier to manipulate than the denim.

The zips when in without a hitch: 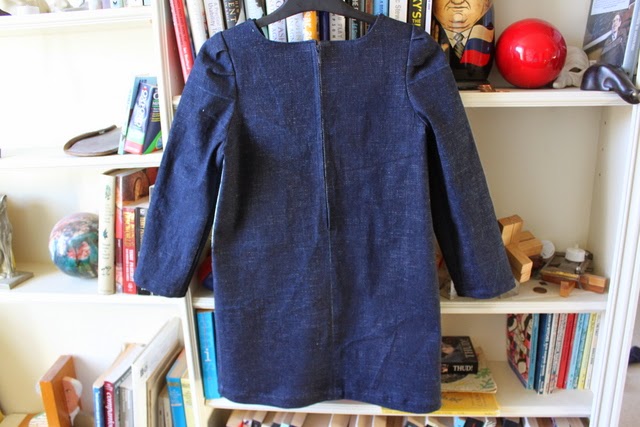 Both girls were delighted with their dresses.

Considering that their measurements were within a centimetre of each other and I made the same size, they fit quite differently. I think because the corduroy has a softer hand, it drapes better and appears to be a fraction longer. The denim is quite stiff, although it is a stretch denim, and doesn't move with the body so well, which makes it ride up and appear shorter. Having worn hers several times, Youngest has asked me to put on cuffs made from the contrasting fabric as she struggles to get a cardi on over it at the moment - she needs something to hold onto on the sleeve as she pulls the cardi on. I thought I had made full length sleeves, but looking at the pictures I may not have done.  If I were to make this again (which I probably will in the summer) I would have a go at making the pockets bigger - they look like they are going to be nice and deep but are actually very shallow and not much use as pockets. These were also my first finished makes of the year.