I have been sewing a lot in the first half of the year, and I am determined not to have a back log of projects to document so here is my second pair of Ginger Jeans by Closet Case Patterns. 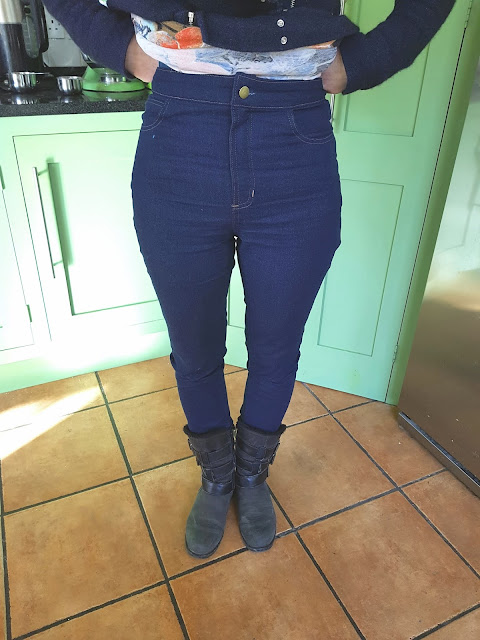 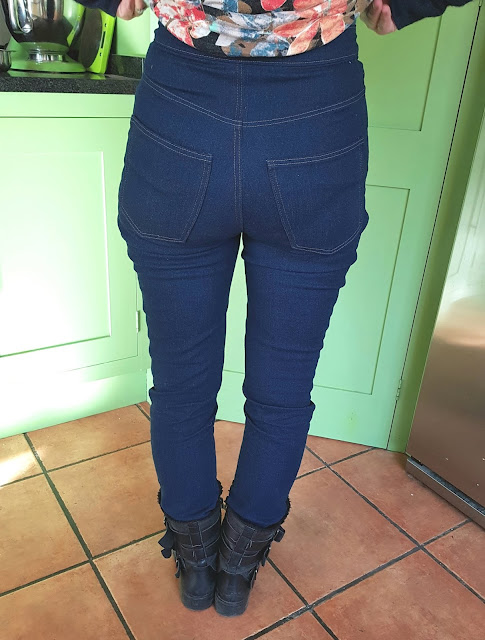 I made my first pair back in February of 2016 and have been meaning to make another pair ever since. I was very pleased with the first pair and they quickly became my favourite jeans. I loved the high waistband having avoided anything that high for years - the relief of not being cut in two every time I bent over was great. Over the two years that I have had them, the fabric, which wasn't quite as stretchy as it should have been has lost some of its stretch, and also they have shrunk in leg length a little as well. I can still wear them but they are not quite as comfortable as they were.

Last summer we had a family holiday to Paris and our Air BnB apartment was a few minutes walk from the fabric district at the base of the Sacre Cour. Naturally a few visits with and without the family were made, particularly to Tissue Reine. Here I found quite a lot of stretch denim - the piece I brought home was 65% cotton, 30% elasten and 5% lycra. I bought it specifically to make another pair of Gingers, it just took me seven months to get round to it!

When I was cutting out I cut in one layer which gives a very economical lay out, so economical in fact that I have enough for a skirt - possibly enough for another SOI Erin skirt, if not, a self drafted one. 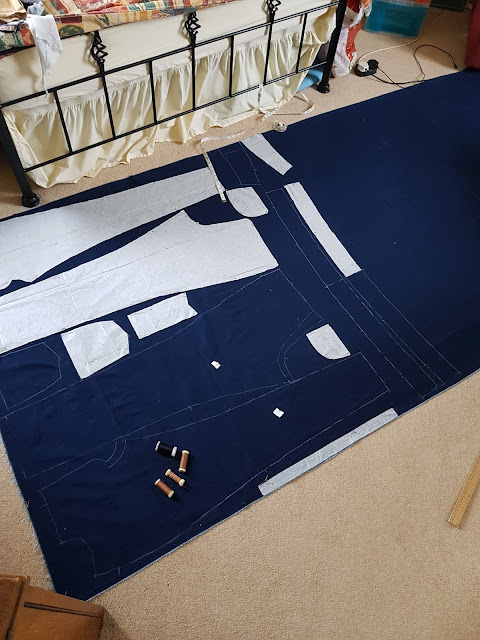 I cut the same size as before - even though I took it in quite a lot the first time.  Having done the fly and the pockets, I used a tip that I learnt at Camp Workroom Social - namely to sew the inseam until about 4cm from the crotch, pin the outer seams together wrong sides together, then try them on.

This pin fitting refines the fit on the legs, and leaving the crotch open at this point means that fit in this area can be tweaked as as well. It is tricky to do on your own, but not impossible. I did one leg at a time and I think it worked really well.  I was concerned about a lot of excess wrinkling on the back of the legs when I first started wearing them, but I think most of the issues were to do with the boots I was wearing them with. 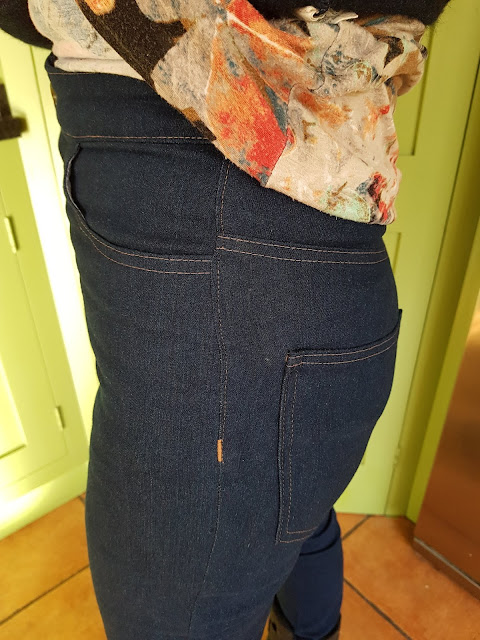 Looking at these pictures, I think I need to lower the waist band at the back a little, and having worn them a lot I need to make the waistband a bit tighter on the next pair and to allow a bit more room in the calf area. I have noticed that they have shrunk in the leg length as well, so I think I will give my next lot of denim and second and third wash before cutting into it.

I have worn them a lot since I made them and they featured quite heavily in Me Made May, so altogether a very successful make.