Youngest's primary school have just put on a show of Joseph and the Amazing Technicolour Dreamcoat. Over the years word has got out that I sew, and I was anticipating being asked to make something - they did Bugsy Malone a couple of years ago but I was making my sisters wedding dress at the time so couldn't help.

I was asked a couple of weeks ago if I could come up with something and I already had a plan.  My Mother in law had made my girls some dressing up cloak things when they were little and we still have one. I didn't take any before pictures, but it is a rich purple velour fabric with a wadding type backing and quilted.  The teacher had bought 2 metres of a multicoloured zigzag patterned fabric which I thought would look good cut into strips and then sewn onto the cloak.

I tore off a strip from the fabric to see how it would look, then washed the rest of the fabric.  This is a lesson to anyone who doesn't wash their fabric before making it up .... 5 and a bit centimetres, people! Imagine if that was a garment that had just been made!

I cut the fabric into strips of roughly 5-6cm wide with pinking shears, then pinned them to the coat with gaps in between of about a centimetre. I then sewed down the centre of each strip and stopped sewing about 2 thirds of the way down the body. I was hoping that doing this would allow a small amount of fluttering as the coat was put on and worn.

Here is the finished article on my dress form. 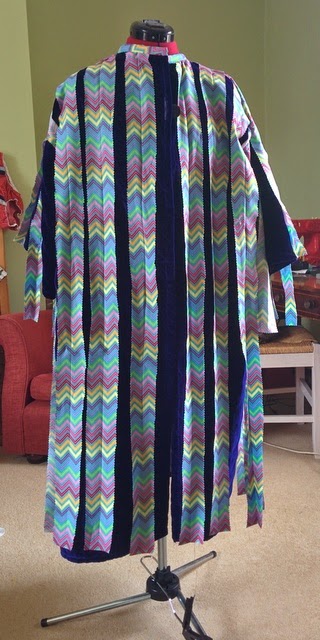 I haven't any photos from the performance - licensing conditions prevent any photos from being taken during a show (even in a Primary school), and the whole cast were so hot at the end that I didn't feel I could get a photo of Joseph afterwards! I may get a shot of Youngest modelling it later but she is considerably taller at 9yrs old, than the girl who played Joseph, who is nearly 11! 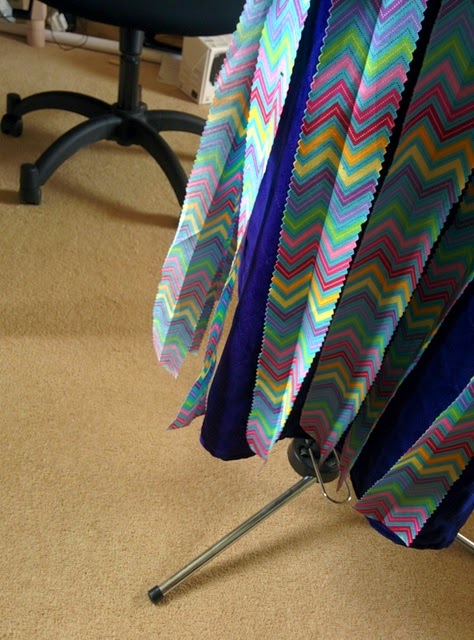 More unselfish sewing... I made Husband another shirt for Christmas 2014 using the same pattern as I have used before (McCalls 6044). 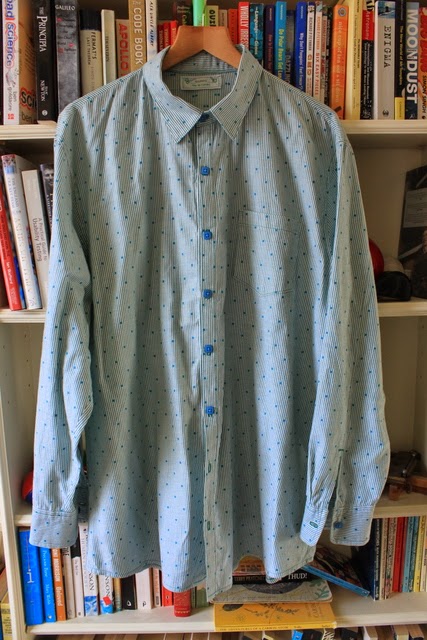 He had asked for a shirt that was plain or at least a bit more 'everyday' than some of his others. He feels that a couple are a bit flamboyant and therefore need an occasion to be worn.  Well, I have a couple of plain fabrics would be suitable but when I was at Goldhawk Road last November (for the Lauren Lladybird meet-up) I found a lovely striped fabric that I thought would go with a couple of Husband's sweaters, in a teal/turquoise colour. I think is it 100% cotton and is lovely and soft. There were a couple of other colours too, but this one just 'spoke' to me. 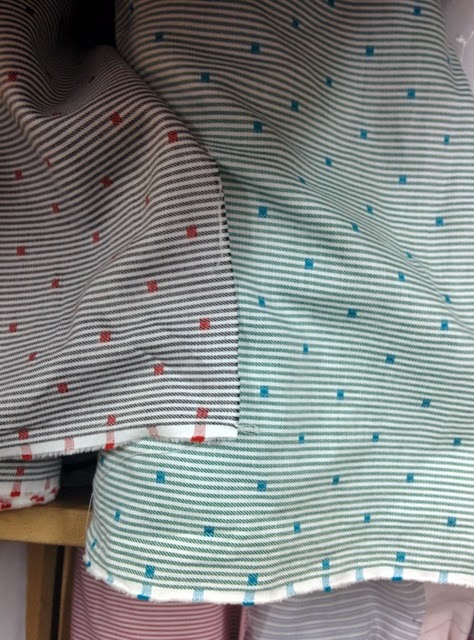 I used the same pattern, in the smaller size and even remembered to use Carolyn's tutorial for flat felling the sleeve seam this time. 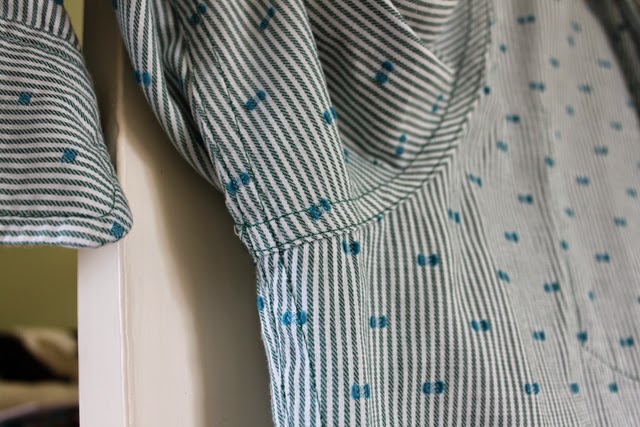 I tried to do it last time but trimmed the wrong bit of the seam allowance so they ended up being faux felled seams! My only quibble with this one is that the buttonholes are not as good as I would have liked, but we sewists like to point out the bad points don't we?! 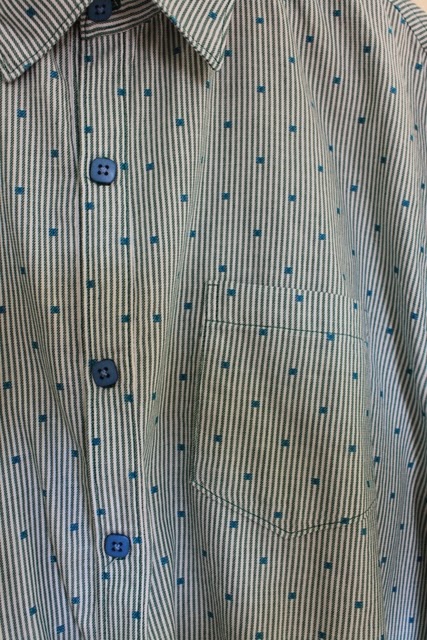 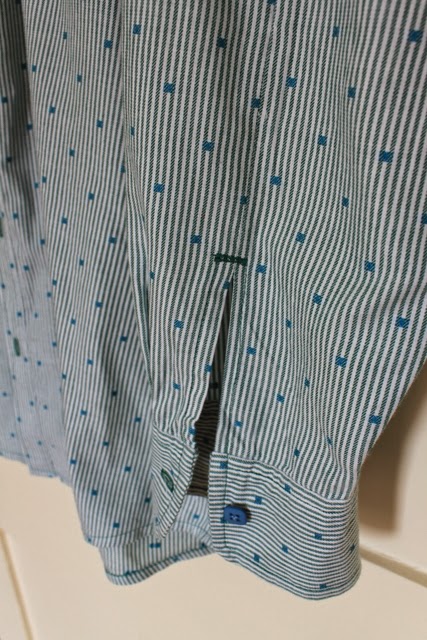 Husband has worn this a lot but I have only just managed to get any pictures: