I started this dress last year during a mini staycation/sewcation in the summer holidays. It was originally a Burda Anda dress. 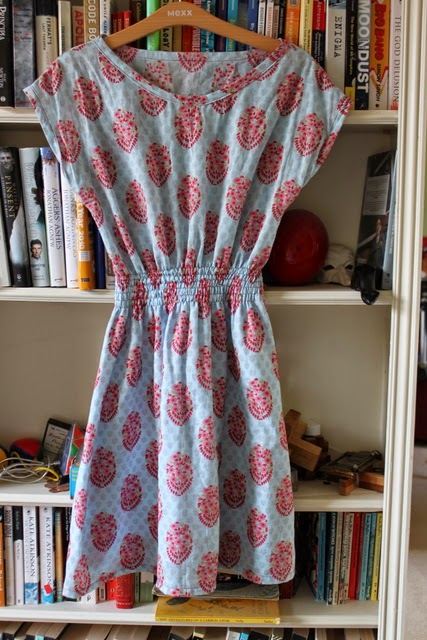 I downloaded the pattern whilst we were still living in NZ and took forever to do anthing with it. (I did start a tunic top for eldest a couple of years ago using the pattern, but it remains a UFO).

I deserted this make part way through because when I tried it on it was a shapeless sack reminiencent of a hospital gown. This was as much to do with the fabric as the style. The Anda is supposed to have a drawstring tie, but whatever I did I couldn't get the channel for the tie to go in the right palce around my middle or for it to look level all the way round - so I had a bit of a hissy fit and gave up.

Earlier this summer I found it whilst looking for something else, as you do, and thought I could probably do something with it. I actually finished this at the beginning of July, took all the pictures, wrote the bare outline of a blogpost, then didn't do anything else until now.

Having seen quite a few pretty versions of the April Rhodes Staple Dress, I had already noted the similar style so I decided to do some shirring around the middle as I had a bobbin of elastic left over from this.  The shirring isn't as tidy as it could be, and I have probably done one row too many, but I was trying to control some of the volume in the back - it's pretty blousey.
I lined the skirt section only, otherwise I'd be doing my own version of the famous 'Lady Diana Spencer' shot!

It's not my best make, but for the swelteringly hot days we had at various points in the summer, it was great. The weave of the fabric is quite open and was perfect for letting cooling breezes pass through. I considered a high-low hem as per the Staples dress, but to make the proprtions look right, the skirt would have been uncomfortabley short at the front, so a straight hem it was. 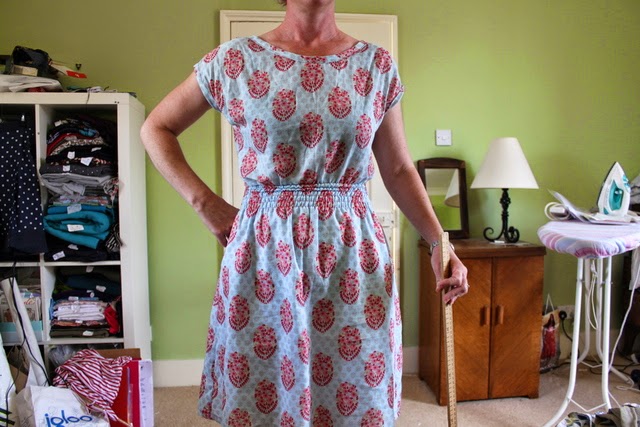 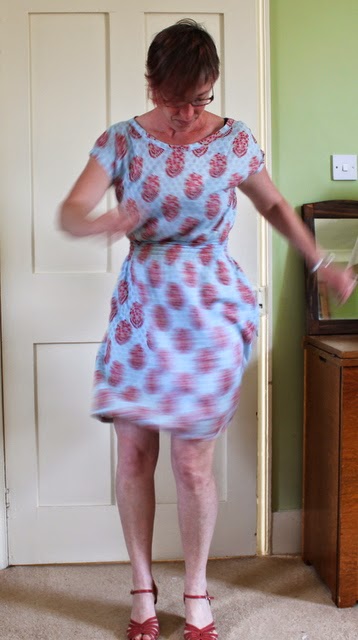 And lastly, this picture is here just because I like it! 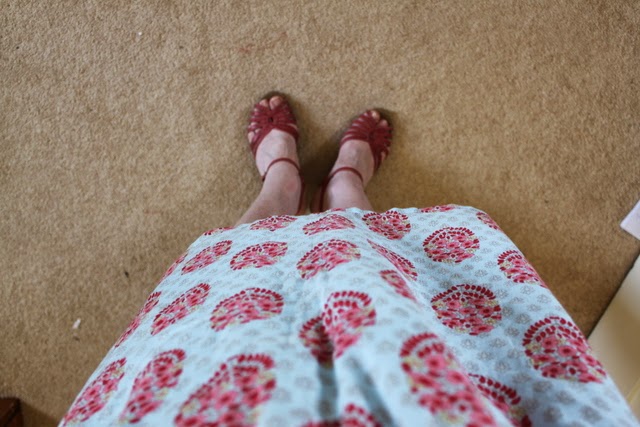