So this is the first of several finished items this year. If you follow me on instagram you will have seen this already. I am all out of order on my posting as I have already posted a couple of my Simple Sew makes, which I made since this dress. 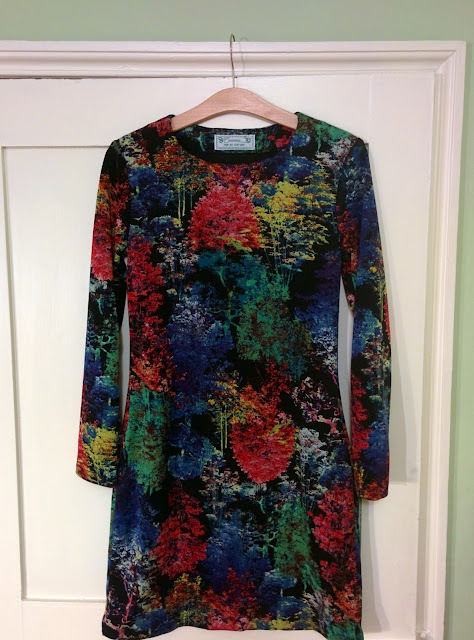 I cut this out between Christmas and New Year, and made it up in the beginning of January, using a lovely ponti knit that I got from Geoff Rosenberg/Stitch Fabrics. I thought the pattern on the fabric would be best shown off in a simple style dress, and decided to use the McCalls 6886 pattern that came free with a sewing magazine at some point last year.

It is a very simple dress with just the front, back and sleeves.  The neck line finish was just a turn and stitch, but I decided I wanted a cleaner finish, so drafted a facing . 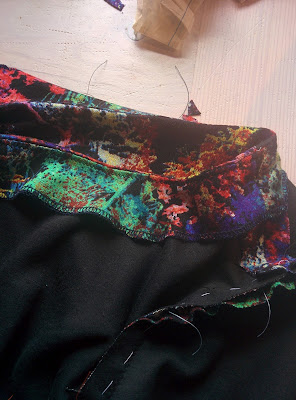 I also decided that I wanted pockets in it so I used the pocket piece from the jersey dress (Solange dress) in the first English issue of La Maison Victor magazine  The pockets were great whilst I had my hands in them - which was most of the time really, but when I took my hands out I was constantly checking to see if the fabric and the skirt portion of the dress were sitting nicely. 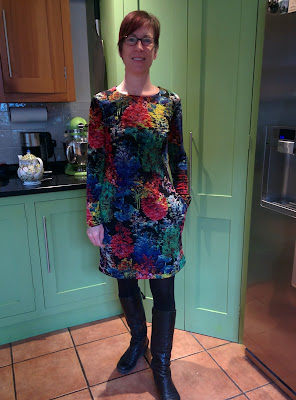 After a lot of wears, I decided to take the pockets out. I have worn it a couple of times since doing this and have realised I need to just tweak the fit around the hips a bit more. 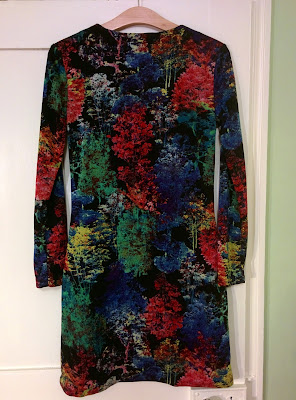 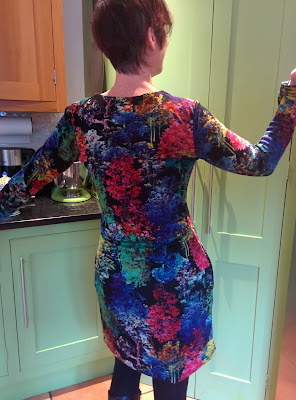 Overall I am very pleased with this dress and it got a lot of wear in the colder months earlier this year.  It is a bit of a departure for me as the design is on a black back ground and I don't really have any black clothes.  Because of the colours in it I can wear a russet coloured cardi and also a dark blue one with it, but here I am wearing a black textured fleece type fabric Lou Box Top. 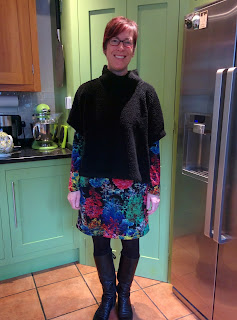 I wanted a lightweight layer in the autumn to pop over one of my other dresses, and came up with this.( I forgot to include it in my round up of last years sewing).  I was a pattern tester for this top a few years ago, but haven't used the pattern since.  I wasn't very keen on the top that I had made as my test garment - most due to the fabric.  For this top I used the size I had originally cut for the shoulder/neckline then I bought the underarm seam in to the smallest size.  I wanted an droopy collar so played around with the scraps until I had something I was happy with.

Any way, thats about it for this make. I am sure I will make this again at some point  - there are neckline and arm variations, so lots of scope for very different looking dresses.