Straight after finishing the Prom top, I was straight into copying a rtw sweatshirt that middlest daughter had worn to shreds.  The area around the cuffs is see through and it was looking a tiny bit small: I offered to try and copy it and for a change Middlest seemed quite keen - she is not usually interested in mum made clothing.  I had seen on the internet that Higgs & Higgs had a good selection of  'embossed' looking or raised surface patterned jerseys, so I had a look, sent my daughter a link and she chose this coral colour 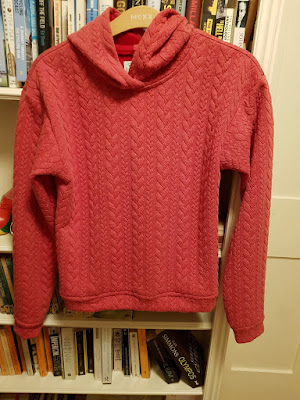 I copied this top by pinning it out on paper and pretty much drawing around all the relevant parts. I trued everything up as inevitably the pattern pieces were a little wonky.  Just before I started making this the Tilly Stella Hoody pattern had come free with a sewing pattern, so I whipped that out and compared the pieces and they looked pretty good. 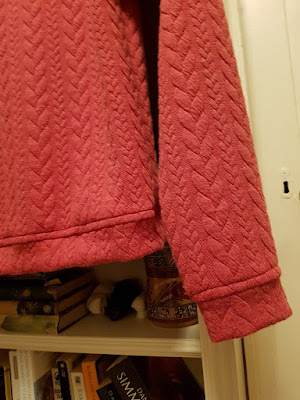 One of the things she liked about it was the large hood. The original had drawstrings, but I forgot about those when I was constructing it, so by the time I realised it was too late to add them! 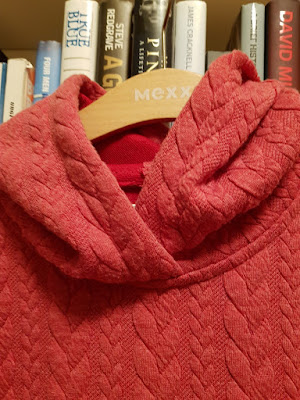 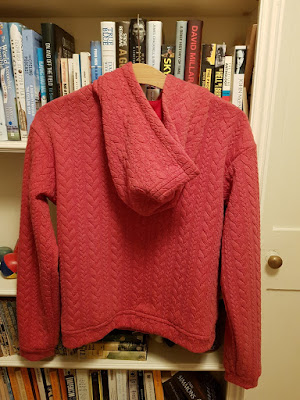 This was a pretty quick and straightforward sew. The fabric got quite thick at the junctions of seams and I feared for my sew machine needle a couple of times.  I top stitched the seam allowances down around the hem band, cuffs, neck opening and the seam on the hood.  They wouldn't lie flat even with a bit of steam, so I thought this was the best thing to do. 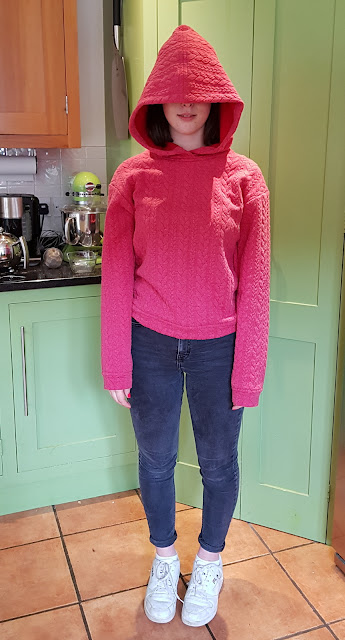 The finished top was very gratefully received and worn quite a few times before the weather got too hot for such items of clothing! I shall look forward to it reappearing in her clothing choices in the not too distant future.