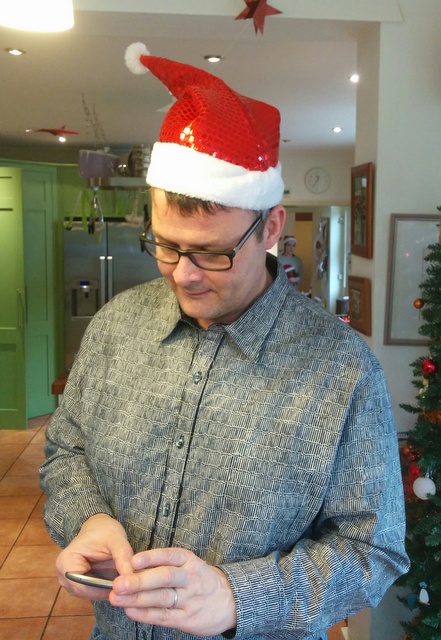 This is shirt number 5 for Husband, using the same pattern as all the other shirts, McCalls 6044. Annoyingly I have lost the lengthened body pieces used previously, so I had to trace out the pattern and add about 5cms to the front and back pieces again. 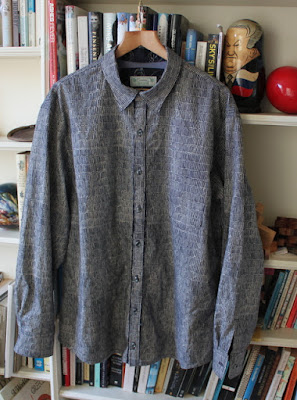 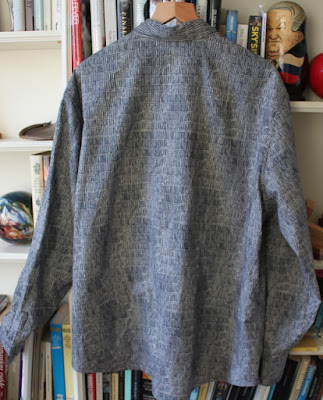 The construction was pretty straight forward having done it several times already.  I had planned to change the sleeve from a two piece to a one piece and change the sleeve opening to a tower placket, but I didn't have the brain power to sort that out at the time.

I did fancy it up a little, I wanted to have contrast collar stand and inner cuffs again - I did this on the second shirt I made. But then I got a bit carried away... I had enough of the contrast fabric to make some bias tape as I wanted to do a bias hem. 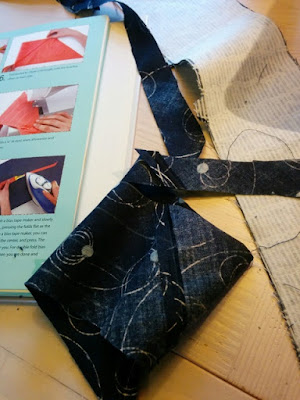 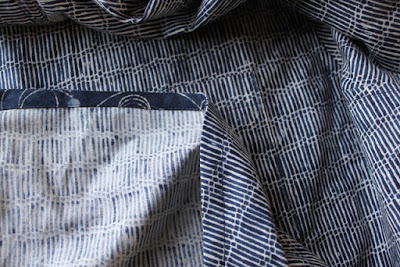 I found doing a small curved hem pretty tricky on some of the other shirts and thought a bias hem might be easier - it was by miles.  So I had enough for the shirt hem and then discovered that I had just enough to make a feature of the button band as well (which I had done on the first shirt). 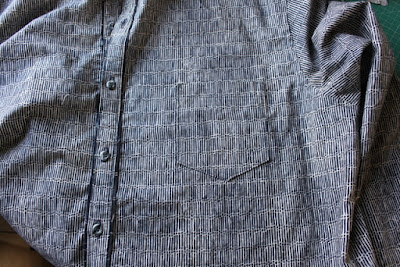 Lastly, I made a yoke on the inside of the back of the shirt, using a toning piece of plain fabric left over from Eldest's cat dress and then made a feature of the label. 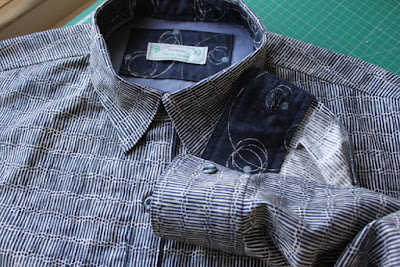 Fabric is from the Moda Nocturne set by Janet Clare. I saw the range online and was intrigued by the collection's name. I knew that Backstitch, near Cambridge stocked the collection so I went to have a look.  The two fabrics that I liked the look of online, just didn't look right together in the flesh, as it were, so I ended up with these instead. The main fabric is called Data:Hubble and the contrast is Orbit: Eclipse. I thought that the names would appeal to Husband's love of science (he is a physics teacher). 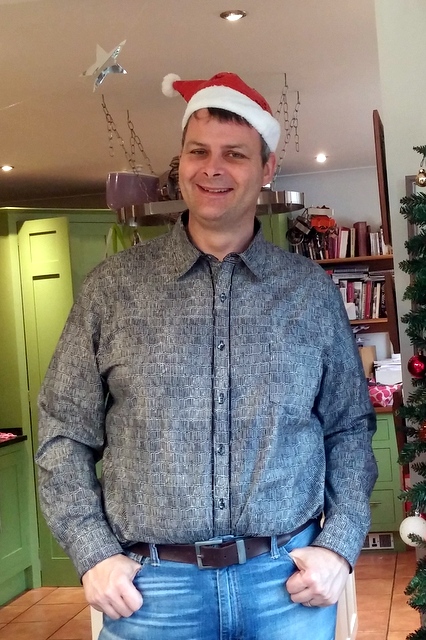