So it is the beginning of a new year and time for me to catch up on unblogged items. I don't think there are too many this year....

This dress was a spur of the moment make.  It was blisteringly hot in the UK in the summer of 2018 and I decided that I wanted a simple jersey dress that I could just throw on and that wasn't too clingy. The pattern is the Madeit Patterns Drop Dress.  I had made the Drop top previously and had thought that I would make the dress sometime.

I had some stripey fabric in the stash, and I just about had enough and I mean just.... 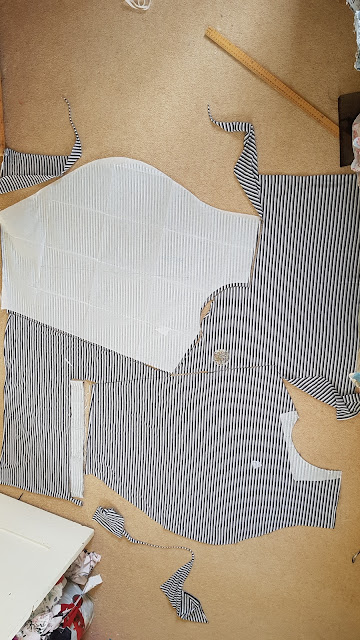 I concentrated on whether there was going to be enough fabric, rather than on any chance of stripe matching, but as it  happened I think it matched reasonably well.  The neck binding technique gives a great finish, but feels a bit bulky in this fabric.  I toyed with the idea of taking off the neckband and just turning the neck under and stitching, but it clearly didn't bother me that much as I still haven't done anything about!

I think next time I make this I will look at doing a small forward shoulder adjustment as both this and my previous version pull to the back  a little and make the neck feel tight when it isn't. 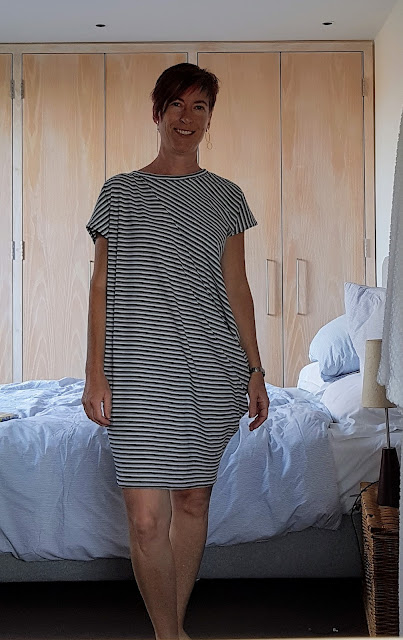 So, a very successful quick make that was perfect for the sunny Norfolk coast. 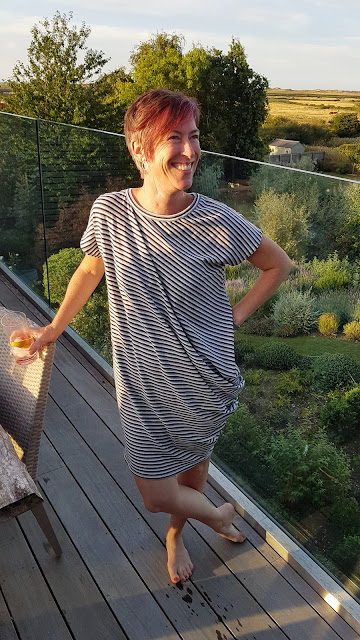