At the beginning of last week I had the attention span of gnat - couldn't settle down and concentrate properly. Having made my practice Pendrell, adjusted a sleeve to have the pleats facing down, lowered the neckline slightly and taken in the underarm side seam, I put off cutting into my Liberty fabric. When I finally got round to cutting it out, 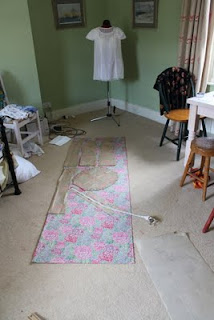 I put it to one side, and decided to make a cushion cover. We have a pair of arm chairs that used to belong to Husbands grandparents. About 10 years ago we had them re-upholstered. Unfortunatley, this was not done properly and the upholsterers lost some of the cushions, which means that there is not quite enough support at the back. Whilst we were unpacking the house recently, I found the original sample for the fabric which was quite large 65x65cm, so I thought I would make a cushion...

I had found some material in John Lewis that matched the red stripe in the the background, bought a cushion pad, and I was all set. I found a quick tutorial here for an envelope style cover. I could have worked it out myself, but I like having something to follow! 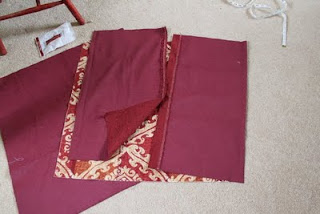 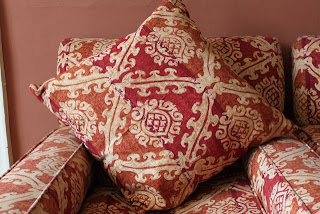 I got to play with my buttonhole foot on my sewing machine as well. I have made clothes in the past that have buttonholes, but not for a long time, so that was fun and a lot easier than I remembered! 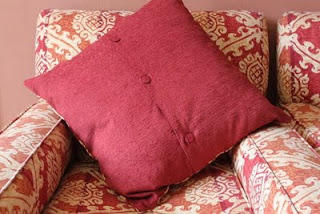 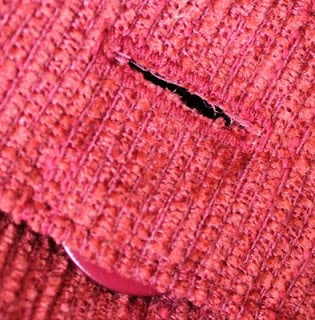 Oh, and I used my new overlocker for the first time too! Both fabrics frayed alot so I overlocked all the seams (but didn't take any pictures of that!)